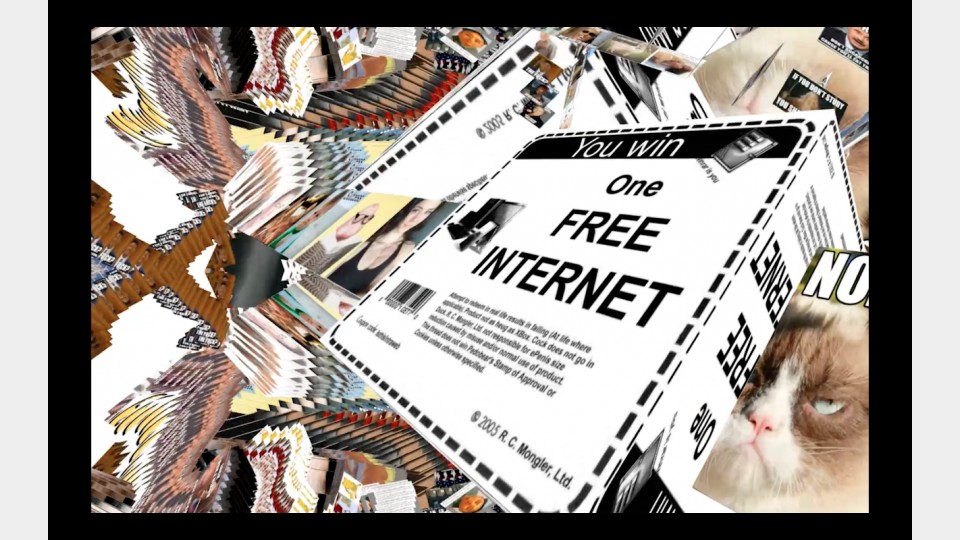 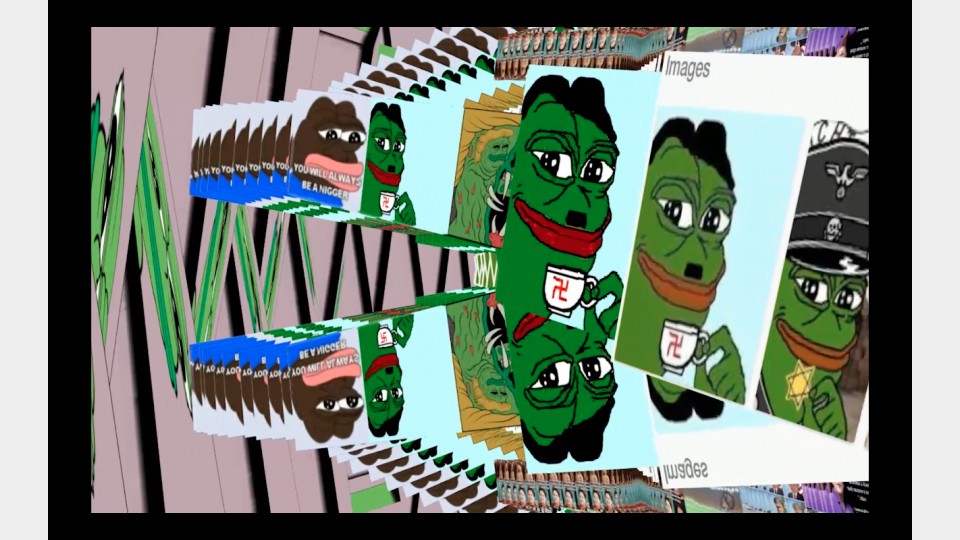 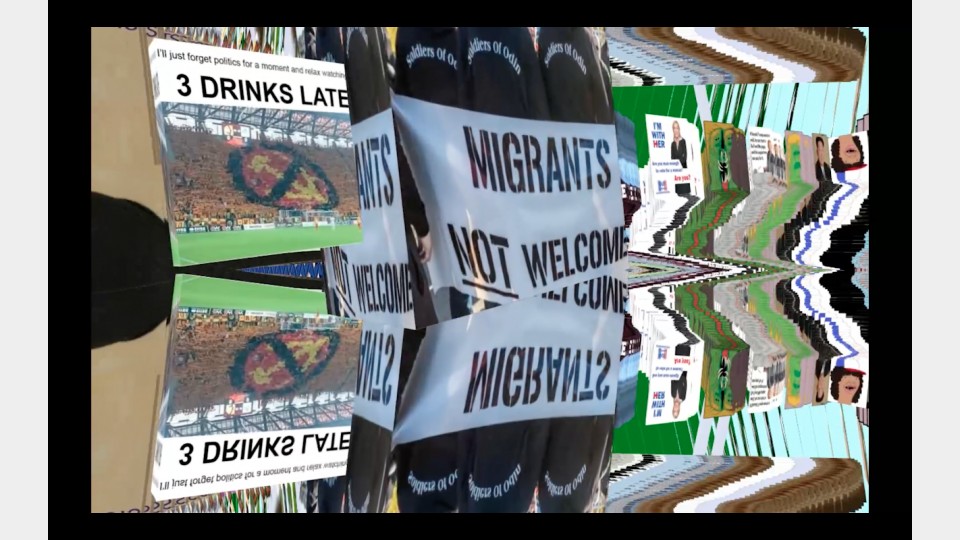 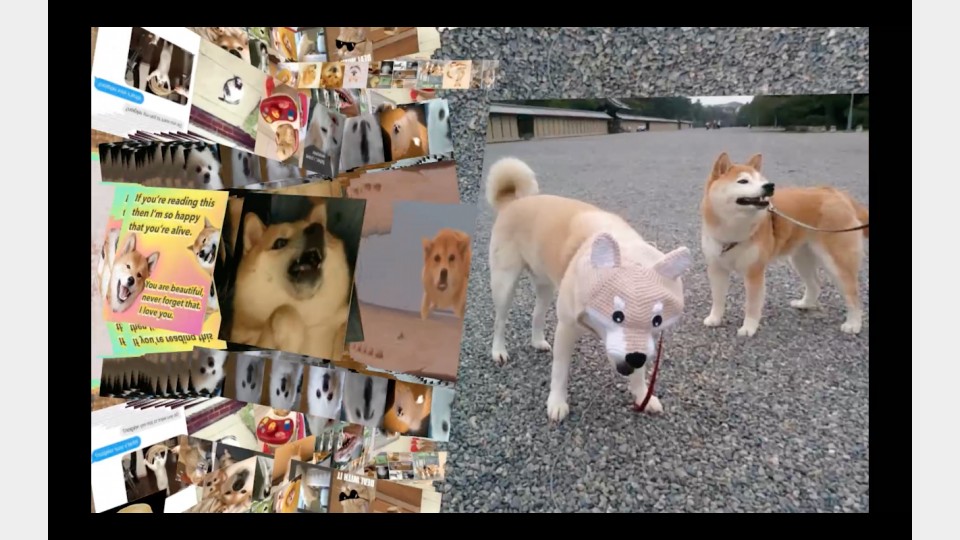 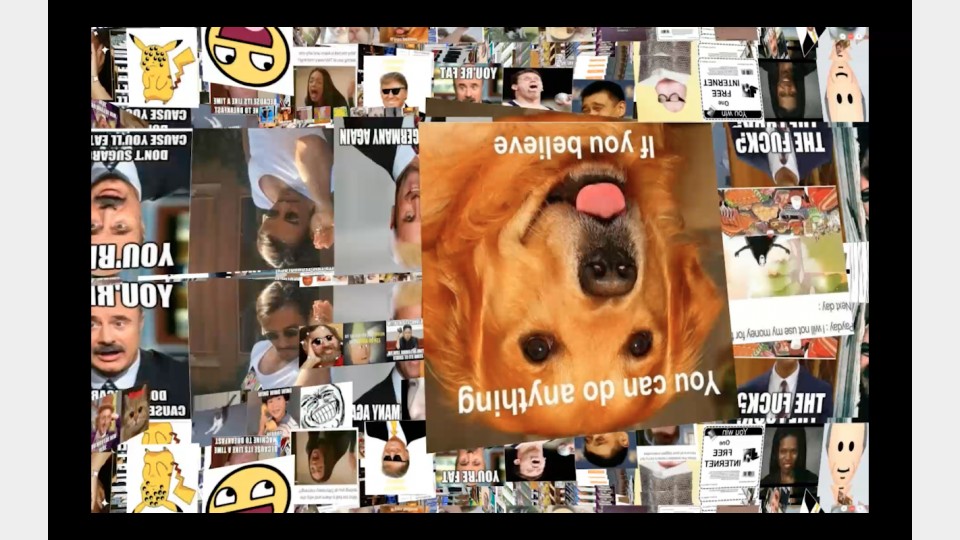 Meme The Future is an immersive VR-World in which users are able to interact with memes and even “compose” their own. There are different levels: starting with cute „catto“ and „doggo“ memes, it gets weirder, darker, even racist and sexist. The interaction is controlled by the users’ gaze, allowing them to play sounds, enlarge objects and fly around.

In contrast to traditionally published media, memes can be created almost instantly, since a lot of them happen to be low resolution images. In a world where information technology and social networks are constantly gaining in importance, memes can be spread easily. Memes may be poetic and reveal something deeper about the world we inhabit. They may be charming, ironic, sick, annoying or boring, but can also function as vehicles for political messages, used to spread aggressive or racist ideas and incite hatred.

On September 12th, the majority of the European Parliament voted in favor of Article 13. According to this Article, any content uploaded on online platforms must be filtered to detect any possible copyright infringements. This censorship machine will allow big companies to control what people see and share online. With the ongoing chaotic data regulation in the EU, it raises the question of who really benefits most from the new regulation.

Freedom of expression is recognized as a human right that allows individuals to voice opinions and ideas without the fear of retaliation, censorship or sanction. As the internet evolves and becomes more regulated, alternative ideas like archive.org or the Creative-Commons-Initiative are necessary for it to remain a global public resource that is open and accessible to all.